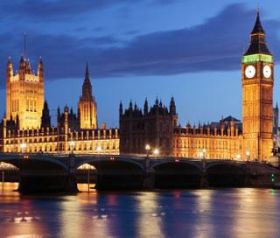 UK businesses have reacted angrily to European proposals to implement an EU-wide financial transaction tax saying it is "completely misguided" at a time when the bloc should be focusing on growing the economy.

As European Commission president Jose Manuel Barroso laid out the proposals for the levy on Wednesday, the UK Treasury said it would resist the proposals saying that they must be implemented on a global scale.

Meanwhile, the Confederation of British Industry says the EC's own analysis shows that the proposed tax could dent EU gross domestic product by more than €100bn ($136bn) in the long term.

CBI deputy director-general Dr Neil Bentley says: "The FTT is a crude instrument that would increase the cost of capital for businesses, hold back their growth potential and raise minimal revenue in return.

"It would be particularly damaging to the UK, as Europe's leading financial centre, as it would divert activity to other financial hubs like New York or Hong Kong."

Law firm CMS Cameron McKenna says the idea of any harmonised FTT across the EU is a "dangerous precedent".

Partner Paul Edmondson says: "The Treasury is absolutely right to resist what would amount to an assault on the City of London."

The UK Investment Management Association is concerned the proposals will create distortions in the market and will hit savers rather than banks.