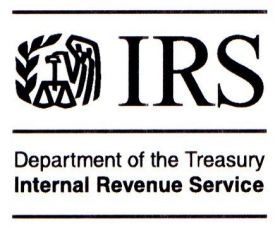 The Internal Revenue Service issued proposed regulations Thursday that would require tax preparers to file a due diligence checklist with any federal tax return claiming the Earned Income Tax Credit, starting next year.

The IRS has created Form 8867, “Paid Preparer's Earned Income Credit Checklist,” to help preparers meet the new requirement by obtaining eligibility information from their clients. It is the same form that is currently required to be completed and retained in a preparer’s records, but under the proposed requirements, the form would need to be filed with the IRS accompanying the tax return. The due diligence requirement was enacted by Congress over a decade ago in an effort to reduce errors on returns claiming the EITC, most of which are prepared by tax professionals.

Paid tax return preparers have been required to keep copies of the form, or comparable documentation, subject to review by the IRS. To help ensure compliance with the law and that eligible taxpayers receive the right credit amount, the proposed regulations would require preparers, effective Jan. 1, 2012, to file the Form 8867 with each return claiming the EITC.

The EITC benefits low-and moderate-income workers and working families and the tax benefit varies by income, family size and filing status. Unlike most deductions and credits, the EITC is refundable, so taxpayers can get it even if they owe no tax. For 2011 tax returns, the maximum credit will be $5,751.

As many as one in five eligible taxpayers fail to claim the EITC, but some of those who do claim it either compute it incorrectly or are ineligible. The IRS is proposing this step as part of its efforts to ensure that the credit is afforded to taxpayers who qualify. The Justice Department has also prosecuted a large number of tax preparers and taxpayers who have filed fraudulent claims for the tax credit.

For 2009, over 26 million people received nearly $59 billion through the EITC. Tax professionals prepare close to 66 percent of these claims.

More information about the EITC and the due diligence requirement for tax return preparers is available on IRS.gov.