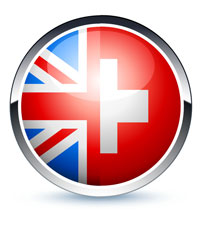 The breakthrough tax agreement between Switzerland and the UK was officially signed in London yesterday and will recover ‘billions of pounds’ of unpaid tax, according to the government.

Under the terms of the deal, UK taxpayers with undeclared funds in Switzerland face a one-off deduction of between 19% and 34% to settle past tax liabilities. Fr om 2013 there will be a new withholding tax of 48% on investment income and 27% on gains applying to those taxpayers who have not disclosed assets to HM Revenue & Customs.

The agreement includes arrangements for a programme of audits, overseen by a new UK-Swiss joint commission, to ensure that banks are complying with their obligations. Switzerland has also agreed to collect data on the destination of funds withdrawn from the country following the announcement of the new arrangements, and will share that data with the UK.

HMRC permanent secretary for tax, Dave Hartnett, said: ‘The world is shrinking fast for offshore tax evaders and this agreement will ensure that we know wh ere money that flees Switzerland is heading. We won’t be far behind.’

Phil Berwick, director at the law firm McGrigors, described the Swiss deal as a ‘game changer for HMRC’, saying it ‘removes the last major centre for tax evasion on mainland Europe.’

‘A lot of high net worth individuals are beginning to realise that trying to keep one step ahead of the taxman is a losing strategy. They want to come clean but in as cost-effective a manner as possible, and in a way that exposes them to the least legal risk,’ Berwick said.

Berwick argues that many taxpayers who owe tax would be better off making use of the Liechtenstein Disclosure Facility (LDF) which, unlike the Swiss deal, offers immunity from prosecution for tax offences and covers all an individual’s worldwide assets.

‘Taxpayers need to take specialist advice, as the difference in the amount they would pay HMRC under the two facilities may be significant. They need to be aware of the non-financial advantages of the LDF as well as the level of legal risk in using the Swiss agreement,’ Berwick said.