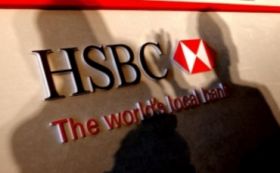 THE TAXMAN is writing to UK residents with HSBC bank accounts in Switzerland calling on them to disclose their tax liabilities or face investigation, it was announced today.

The individuals have been told that they have a window of opportunity to disclose their tax affairs, perhaps via the Liechtenstein Disclosure Facility, or risk facing investigation and possible 200% penalties or even criminal prosecution.

HM Revenue & Customs was given data about 6,000 accounts through a former employee of the bank. It has already begun criminal and serious fraud investigations into more than 500 individuals and organisations holding these accounts.

The data was cross referenced with self-assessment tax returns and it identified the 6,000 account holders that had not declared the account.

HMRC permanent secretary for tax Dave Hartnett said: "This is not an amnesty. There are no special rates of penalty or interest for those who come forward voluntarily. This is an opportunity for those who have made errors in past returns to correct them."

Simon Airey, partner at DLA Piper law firmsaid this was an "extraordinarily generous offer" that does not suggest a lack of confidence about HMRC's ability to achieve full recovery. "The reality is that they are under pressure to collect revenue quickly and they cannot staff six thousand complex investigations at the same time," he added.

Phil Berwick, director at McGrigors, said that the announcement proves that the deal between Switzerland and the UK was not a deadline for individuals to regularise their tax affairs.

"HMRC's announcement today is intended as a strong signal that the deal is only one part of their efforts to clamp down on tax evasion," he said. "This aggressive approach tells those who are hoping that they have a year to tidy up their tax affairs that the net may already be closing in on them. For many, it will come as a very nasty surprise."