Tax Group Calls for NI to be Scrapped 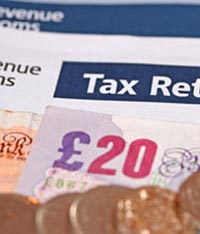 The TaxPayers’ Alliance has called for National Insurance to be scrapped to make the tax system simpler and more transparent.

It says the need for reform ‘has never been more pressing’, particularly in light of recent revelations about HMRC errors.

The campaign group says NI serves no purpose and has set out a number of measures to merge both employers’ and employees’ contributions with income tax.

The TPA is urging chancellor George Osborne to announce the move in his Autumn Statement as ‘a key measure to kick-start growth’.

It says it would also fit the transparency agenda that, for example, has seen councils urged to publish all spending above £500 and the government publish details of all contracts with suppliers.

The issue was last considered in the 1980s when Nigel Lawson was chancellor.

The TPA says the move could significantly reduce the burden on business of complying with these taxes, as well as making it easier for people to see exactly how much tax they are paying on their earnings.

TPA director Matthew Sinclair said: ‘Having to administer three taxes on the same income wastes time and money businesses should be using to grow the economy and then take on new staff.’