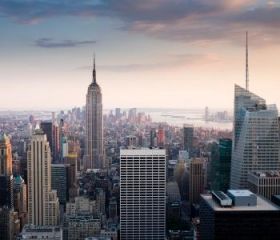 Three quarters of major US corporations, including financial services firms, paid corporate tax below 30 per cent in the past three years owing to legal loopholes and state subsidies, according to a study of 280 firms.

Of the probed Fortune 500 companies, around a quarter paid tax rates of less than 10 per cent between 2008 and 2010, despite the statutory rate being 35 per cent. Many effectively paid nil.

Top financial services firms which paid on balance no income tax over that period include General Electric, Wells Fargo and PNC Financial Services Group, according to the joint report by the Institute on Taxation and Economic Policy and lobby group Citizens for Tax Justice.

Seventy-eight firms had at least one no-tax year, while total tax subsidies amounted to $224bn (€163bn). Financial services firms received the largest share of all federal tax subsidies between 2008 and 2010.

"This is wasted money that could have gone to protect Medicare, create jobs and cut the deficit," said Robert McIntyre, director at Citizens for Tax Justice and lead author of the report.

Wells Fargo received the most in subsidies at $18bn (€13bn) over the three years, with an effective tax rate of minus 1.4 per cent.

However even investment bank Goldman Sachs received over $3bn (€2bn) in tax subsidies and in 2008 effectively paid no corporate taxes at all, paying a rate of just 20.8 per cent over the three years.

Methods used to pay lower taxes include tax reductions through the use of stock options, accelerated depreciation, where firms can write off capital investments, the use of offshore tax shelters, as well as industry specific tax breaks. Subsidies went mainly to firms in financial services, utilities, telecommunications and energy.