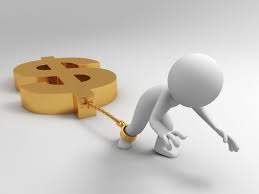 A set of principles for taxing internet sales were released by the republican leaders of the House Judiciary Committee. Market Place Fairness Act was passed in May that required the websites with less than $1 million sales to collect sales tax from customers. This was opposed by the Republicans.

The users of internet should not face any new or discriminatory taxes that are not faced by the offline world.

The burden of compliance with sales tax for the internet sellers should neither be less nor greater than that on similarly situated offline businesses.

The sales tax laws for the internet sales should be so simple and so inexpensive to comply with that there should be no need for asking for small business exemption.

The governments of different states should be encouraged to compete with one another on keeping the tax rates as low as possible so that the American business should not be disadvantaged vis-à-vis competitors.

Sovereignty of states should be respected and sales tax compliance burden should not be imposed on the states.

Privacy rights should be respected and the sensitive data about the customers should be protected.

7. No regulation without representation

Those who will be affected by the state taxation, regulation and compliance burden should have direct representation to protest against unfair or discriminatory tax rates and enforcements.

Input from trader groups, industry, and taxpayers was received for developing these principles. These principles are expected to guide discussion and creation of solutions.