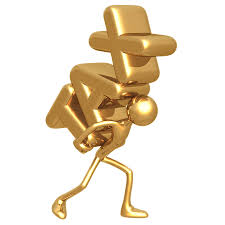 The users of the tax avoidance schemes will now be forced to upfront pay their tax bills as investigations are conducted by HM Revenue & Customs concerning the arrangements ad the proposals that the treasury has announced.

This consultation’s objective is in identifying proposals which will have the associated tax disputes included with those schemes that are subjected to the schemes of tax avoidance disclosures and will therefore be subjected to investigations under the government’s General Anti Abuse rule.

The move will get rid of tactics that are used of people not letting go the taxes disputed as their case goes through investigations and litigations that may of course take several years. At present, HMRC usually wins almost 80 per cent of the tax disputes that it usually litigates. Even if no essential tax rules will be changed, the economic balance will be shifted by the move and HMRC chances boosted in resolving the cases that are under investigations.

This move will also act to deter those who get tempted to have the cashflow advantage exploited as permitted by the present rules. Presently, tax payers are required to make disclosures to the tax man upon entering scheme in tax avoidance, by so doing, HMRC may have it investigated and challenged as well.

If they so wish, the tax payers will be allowed to have their case heard at the court or tribunal and in case they succeed, their money shall be returned together with interest. The Secretary to the treasury, David Gauke,’ The Government unshakably stood to its ground that aggressive tax avoidance will not be tolerated. It will ensure that people are made to pay their taxes without any delay. Even if many tax payers go as per these rules, there will be a small insignificant group who will continue to engage in artificial schemes while avoiding their roles and responsibilities.

Since tax avoidance does not pay at all, the consultation published will seek to have the tax advantages which are owned by the avoidance schemes removed.