Savings Boosted After 2014 Budget but Fiscal Drag Still in Place 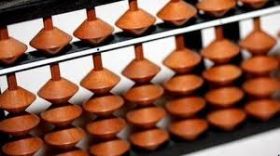 According to ACCA, Chancellor George Osborne MP is unable to handle fiscal drag on tax thresholds behind earnings where the proposed personal allowance will increase to £ 10,500 in 2015. It is assumed that many people will be suffering with this upcoming 40% tax band.

ACCA taxation head Chas Roy-Chowdhury said that in 2015, the (40%) threshold slightly increased to £ 42,285. Many families and individuals simply come into this new tax bracket. It still affects many people. He shows an example – in 1990, only six percent of UK citizens paid 40% income tax, where in 2014 the volume increased to 15.8 percent. He also added, it is clear that many people don’t have anything to save. They pay all their money to treasury due to 40% tax band. The most notable factor is the higher rate of threshold amount which is to increase from £ 41,450 to £41,865 in the next month.

Chas Roy-Chowdhury added: this is a crucial time for prospective pensioners and they must feel the wave. He also added, it is a brave and necessary step that gives the maximum benefit for hard earned savings in retirements.

Apart from the savings and pensions, the most complex and problematic area is stamp duty. According to ACCA, people are suffering during property dealings and the house prices are hiking. The house prices are not properly treated in the budget and it has become a major blow to the common people. In short, the government doesn’t want to show it’s interest on property and housing transactions.

In this budget, it is clear from ACCA and chancellor‘s plan – the government seriously cracks down the previous tax avoidance. Government deals the retrospective avoidance with a new strategy – “pay now and clear your name later”. According to Chas Roy-Chowdhury, the tax plan is retrospective, even people have legit tax plans, even they can pay 10 years old tax bill. It is quiet natural that even people have transparent tax plans. There is a chance for complex tax hassle for even those people who don’t do anything wrong.