Tax Miscalculations Catch up with more than Five Million People 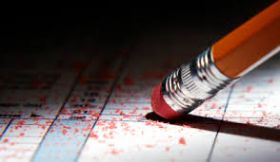 The taxman revealed that close to five million people have paid the wrong tax amounts with a major number facing additional payments to customs and HM Revenue in order to account for the difference. In the financial year 2013/2014, close to 3.5 million people paid very little tax in P.A.Y.E and they will therefore have to pay in the years to come even after the introduction of the RTI; real time. There were close to 2 million people who overpaid and will therefore reclaim their monies through HMRC. The errors that HMRC is estimating to be 5.5 million for the year 2013/2014, are much higher that the previous years errors which are 5.2 million.

RTI’s long term objective is a reduction in reconciliation which has meant limited impact due to its staggered introduction. Nevertheless, as per HMRC, the average under and overpayment has decreased by £50 as compared to the previous year.

A HMRC spokesman said that there will be an end of year reconciliation as a result of the way PAYE operates. Many people get to pay the correct amount of PAYE all through the year but a small fraction of these people will overpay or underpay PAYE as at the close of the year. This could be as a result of changing jobs or even after receiving various income sources or benefits in kind which were only reported at the close of the year.

Since it has not yet been embedded, the RTI effect is not yet shown since it has not been bedded over time. As such, the cases which require reconciling will need to be reduced by RTI. The 2013/2014 estimates which have been picked out for reconciliations have their justification on actual 2013/2014 reconciliation numbers. By the use of RTI a staged process was adopted for the employers and some of them may not have utilized RTI for the full year of tax under review. It is not until the end of the current tax year 2014/2015 is over will we be able to measure the reconciliation effect. Therefore, early indications demonstrate that the processing agrees with the expectations.