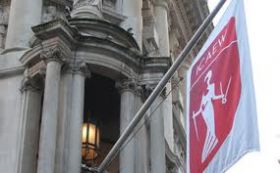 As per ICAEW, HMRC (HM REVENUE & CUSTOMS) should abandon the proposed powers of direct debt recovery as the procedure is illegal and wrong-in-principle.

Under the new plan, HMRC will have the powers to deduct due tax directly from the accounts of debtors, given that at minimum GBP 5,000 remains in all of their accounts including Individual Saving Accounts. According to an estimate this new plan will affect around 17,000 taxpayers each year.

As per the tax department, the procedure will be only applied to those who have repetitively failed to comply with the rules and regulations; however the institute is against any such proposals.

In a response to a government consultation, the institute highlighted its concern over the lack of independent judicial supervision of the powers.

The institute said that it is very important to go back and give another thought to the policy and reconsider the available strategies with HMRC for those who intentionally refuse to pay. Institute further added that HMRC has a lot of possible solutions to tackle such people and the powers are given unnecessary.

The Institute gave reference of UK Law to explain how the proposed procedures were illegal under the eyes of law. As per UK Law consent of court is essential in order to take money from a debtor, Law does not allows to take the money on your own.

Concerns were also raised over the fact that a debtor might have other creditors, and they might be preferred over HMRC. For example paying an instalment of House Building Finance might seem more important as compared to paying to HMRC.

In response to this, HMRC spokesman said that only those will come under the new system that can genuinely pay. People who do not have enough resources will not fall under the procedure. As per the spokesman of HMRC average debt owed will be GBP 5,000 by those who have about GBP 20,000 in their bank accounts.

HMRC justifying its stand said that there is no point ignoring the minority of people who can pay the taxes but still refuse to pay as compared to the vast majority who respect and follow the law.