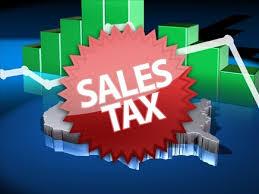 A federal legislation is under consideration which will allow the states to impose tax on sales made through internet. This can result in large reforms in the way the retailers account for their sales and taxes.

The Internet tax Fairness Act and the Market place act were brought in the Senate in July. The bill consolidates the old Internet Tax Freedom Act and Marketplace Fairness Act.

Some of the points are given below from SB 2609:

- States may oblige a seller to collect sales and use taxes only if the trader’s gross annual proceeds for the prior year are above $1million.

- States include the Commonwealth of Puerto Rico, District of Columbia, American Samoa, Guam and some tribal entities as well.

- States need to deliver software free of cost for the sellers to compute sales, sales tax and file returns.

- The people which are providing the software are required to be licensed.

- This legislation does not provoke estates to introduce new taxes.

The president and CEO of the International Council of Shopping Centers, Michael P. Kercheval, stated that the shopping center industry should be grateful to Senators D-Ill, D-Ark, Heidi Heitkamp, D-North Dakota and Susan Collins for their dedicated work on this matter and for working diligently to pass long overdue bill to higher authority. He said that this bill introduces fair and equal ground for all retailers and was a matter with high importance for Congress this year.

Old traders which are based in buildings and have to pay utility bills and greater taxes including property tax protested that the web based companies have a partial advantage that sales taxes were not being often collected.

A barrister who specializes in Taxation and Technology, Jonathan Barsade says that there is no reason that would make us treat E-Commerce like initiations which need incentives. This means that the E-commerce has reached maturity.