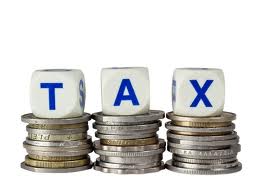 HM Revenue and Customs is considering introducing and implementing new civil sanctions and a new criminal offence in cases relating to offshore tax avoidance. Advisers showed their concerns over the proposal but wasted their time in doing so.

HMRC is looking for ideas on more strict civil sanctions and policy of criminal offence for those who transfer their taxable assets between offshore bank accounts in various countries with an intention to hide their wealth.

Since April 2011, a tax penalty of about 200% of the tax for offshore capital gain liabilities and income tax has been enforced. The rule which was in place for past 20 years, under which HMRC was being restricted to a specific limit in which it could examine taxpayers’ affairs, could also be overridden.

In the past, when HMRC intended to sue a person for tax avoidance, it had to show the beyond reasonable doubts that the accused person intended to avoid tax. This restriction could now be removed.

HMRC is considering to re-draft the rules for penalizing on transferring assets overseas for tax avoidance purposes, before the existing government being able to enforce its own rules for offshore tax purposes.

For some, the above mentioned threat is troubling, but the BDO tax partner Dawn Register brought into attention a point that the policy’s interaction with the other powers like ‘naming and shaming’ could be faced as heady and forceful.

Saffery Champness tax partner Ronnie Ludwig was very worried about cancelling the Swiss tax agreement and now he was very uncertain of the result this move will have on the tax income. He asked if these new actions would actually be effective and result in making tax avoiders pay tax. The actual results using the current measures have been worse resulted than expected.