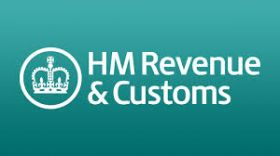 An email has been leaked out which shows that thousands of people are facing risk of being demanded extra tax or may be granted refund because of the fact that tax amounts for the last year had been wrongly calculated by HMRC. The private exchange shows that those who had paid incorrect tax amount last year, may still have paid the wrong amount, reported by The Telegraph.

The Telegraph also reports that about five and a half million people have paid the wrong amount of tax, with a significant number facing further payments to HM Revenue & Customs in order to make up the difference according to numbers revealed by the taxman. HMRC has stopped the process of refunding of payments to taxpayers until something is managed to sort out this problem.

In June, HMRC acknowledged that it had received incorrect tax amounts from over 5 million people for the 12 months ending 5-April 2014. Taxman has sent notification letters to those who are affected on how the extra tax will be demanded or how to get refunds of about £300 on average.

In an email leaked to the Telegraph, a selected group of HMRC senior staff and accountants were notified about the thousands of mistakes made. In the email the staff was warned to communicate to taxpayers and ask the not to pay extra payments demanded currently. Email also stated that those who have received cheques for refunds should be told not to cash them and those who have already cashed those cheques could also see them reverted back.

PAYE reporting has been introduced which is expected to minimize the mistakes made in calculation process of taxes. Under PAYE, employers report the amounts paid to staff on a weekly or monthly basis rather than annual. HMRC hopes that less than one hundred thousand people would be affected by the new mistakes.

The email which was sent to HMRC senior staff and accountants stated that they are looking at the issue emergently and they hope to give some result in next 6-8 weeks. Currently they don’t know the extent of matter but they suppose some large employers are involved, resultantly thousands of employees could also be affected.