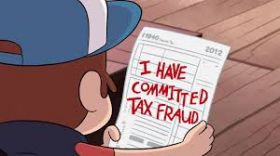 For filing returns that were falsified that claimed refunds amounting to more than $20 million, Ethel Elaine Daniels has received a 16 years imprisonment. The 46 year old will also serve a 3 year supervised release. She is also expected to pay a fine of $12 million for also filing false returns in the names of 1,000 ID victims whose identity had been stolen.

Daniels is alleged to have operated and owned two tax preparation businesses in Atlanta. The two schemes were carried out from the two tax businesses. Between November 2010 to May 2013, Daniels and his accomplices fraudulently obtained information of a number of people’s Social Security Numbers without their knowledge. Together with her accomplices, the criminals electronically filed returns that were fraudulent in the names of the unfortunate victims.

Included in the fake returns was fictional information such as claimed income amounts that were fake, refunds due and even business losses. The criminals later split the falsified refunds and on behalf of the individuals, they filed the fraudulent returns who indeed visited the Tax offices owned by Elaine.

In preparation of the returns, Daniels had trained his new employees on how to prepare returns with fake information in order to ensure a refund was issued. In total, Daniel’s scheme received close to $20 million in falsified refunds. She used the ransom in gambling at Biloxi and also gave part of it to her extended family. She spends hundreds of thousands of dollars in electronics, clothes and also cars for friends and family.

It was not until May when she got convicted on conspiracy charges in committing wire fraud and motivated theft of ID. She was found guilty of all the charges.

This case comes after Glendale, Ariz was sentenced to seventy months in prison after facing 34 criminal counts which included five wire frauds. Just like Elaine Daniels, Glendale was also accused of ID theft. In restitution, she had to pay $409,000 to the federal government. Between year 2006 to 2009, evidence revealed that Morehead had prepared and submitted close to 100 returns which entailed both fraudulent and false information.