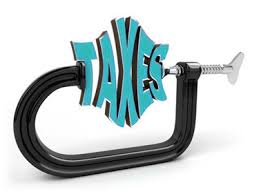 According to a report by Price Water House Coopers, the amount of public revenue realized from business may be boosted by a reduction in taxes. From a study carried out by the big four firm members of the 100 influential directors, there is an increased yield from revenue derived from cut taxes.

In the year 2014, £80bn is the amount of tax abided and collected by a group of 100 companies. This is £2bn increase compared to the previous year. This is the highest amount collected since the study started in this decade. The report shows the much that goes to the public pocket and also the clear link between assisting businesses in investment activities, employment and growth.

Taxes need to be viewed all round. The costs related with business taxes goes far beyond the corporation tax and the wider tax. Moreover, the contribution to the economy is still much greater. These were the words of Andew Bonfield who is the chairman of the 100 committee of the Group tax.

Understanding the entire contribution of tax has never been more significant than now when competitiveness and transparency are under the spotlight. Additionally, the rules of international tax keep changing. The 2013 increase was mainly accelerated by higher wages and employment, PwC reported. The number of employees increased by 1.2 % to more than 2 million while wages also rose by 4.3% to get to an average of £31.9k thus resulting to increased generation of taxes. Increased sales VAT have additionally played a responsibility in the tax contribution. On one hand, some organizations have reflected high turnover.

Also illustrated in the report is a shift from taxes that are direct to other indirect taxes like VAT. Corporation tax accounted for more than half of all taxes borne by organizations. This was a 1:1 ratio. Nevertheless, in the year 2014, for each £1 of corporation tax, £3.27 was paid in other taxes. Since the year 2005, business rates contributions increased by 78 % which were driven majorly by values of increased property and the retail sector growth. In the financial year ending April 2014, the corporation tax yield basically went down due to lower receipts from the oil companies of the North Sea. The primary cause was due to the large costs of operating, greater capital investment and also lowers prices of oil.