Emerging Tax Breaks in Congress to be Vetoed by Obama 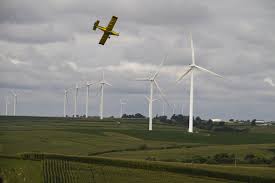 President Barack Obama is expected to prohibit the negotiation of a tax break agreement in negotiations being conducted in congress between the House Republicans and Senate Democrats. The proposed deal is expected to be vetoed by Obama because it would offer permanence in tax breaks while helping the corporations that are well connected and hence neglect the families that are working. A White House Spokeswoman, Jen Friedman said in an email.

Law makers are almost closing an agreement deal in the extension of tax breaks in U.S which lapsed at the close of 2013. According to the proposal, close to $450 billion would be added to the budget deficit in the next one decade.

More than two thirds of the law makers in the Senate and House would be required to call for the veto. This is however a high barrier for a deal which may attract opposition by Democrats. The largest break beneficiaries would include research organizations, residents of such states as Texas and Washington which do not have an income tax. It would also affect the producers of wind energy who worry that their tax benefit would be wiped out immediately as opposed to being phased out.

The corporate research tax break which would be made permanent and expanded benefits those companies such as Johnson & Johnson and Intel Corp. The plan is expected to make the provision permanent thereby enabling individuals to deduct sales tax.

Wind Energy
An aide who spoke in anonymity said that the wind energy tax production would in several years be wiped out. Other breaks that are expected to become permanent include the landowners’ incentives in the donation of easements of conservations and for individuals in making donations of charity from retirement accounts that are tax advantaged.

There are a number of tax breaks which expired in year 2013 that are expected to be extended in year 2015. Among those that lapsed includes a provision which allows home sellers not to be included in their income, the short sales forgiven debt and also the motorsports accelerated debt.

A report was issued by the Obama administration that they opposed a package which extends child tax credit.