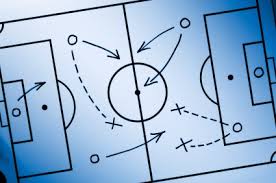 The lawmakers in U.S.A are almost passing on a short term deal in the extension of several tax breaks even if they are aware that what they are doing is not a good policy. A number of tax breaks expired on 31st December 2013 and the Congress took a year pursuing them. With only three weeks left towards the year end, the entire debate is planned by the House Representatives to be punt while the new date of expiration has been put to be 31st December 2014. According to some policy experts, such tax cuts require to not only be stable but also to be predictable. This plan is not near that since it only means that individuals and executives on the day of New Year will not have an idea if they can afford a break in 2015.

The $45 billion plan which is expected to be passed in the session’s waning days would offer windfall gains to corporations for the actions that they took in the first eleven months of year 2014. It would offer companies with practically no time in taking advantage of the breaks before having them lapse. The lawmakers in the U.S who had earlier in the year revamped the tax code said that they do not at all like what they are now doing. They agree that the short term deal will force the tax payers and the congress back into the same cycle come next year January.

Wal-Mart and GE
The prevailing tax breaks entail advantages for big companies like Wal-Mart Stores Inc and also General Electric Co. These have got attractive incentives for hiring workers from groups that are not well off and also for wind turbines installation. The individual payers of taxes benefit from tax deductibility. For example, Nevada and Washington states are not subjected to income tax. People who have forgiven debt in home short sales are able to have that excluded from their year 2014 income incase the bill is passed. Otherwise known as tax extenders on Capital Hill, the breaks have for years survived as a package.