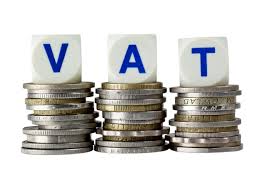 HMRC collected extra Value Added Tax (VAT) of £3.90 billion by undergoing compliance investigations of SMEs in the previous year. It represents a 10% rise from preceding year. The extra VAT collection (£2.2 billion in 2010-11) from investigating small businesses has nearly doubled in the last 3 years.

The top 20 firm states that the tax-collector wants to increase its income and hence it has been aggressively looking into VAT matters of SMEs. HMRC has targeted businesses from various different sectors like property dealing, financial advisory and sports clubs and challenged their VAT matters.

UHY Hacker Young said that although most of the SMEs are not capable of affording the challenge of HMRC to pay the extra VAT, the tax authority has had mixed outcomes when required to defend its case in court. In July of this year, HMRC was unsuccessful to cut the VAT re-claimed by self storage after Lok’n Store made successful arguments in court and won the case.

But in the October of 2014, HMRC declared its intention to overlook the judgment made in self storage business and judgment of all other cases related to VAT. This decision has been criticized by many tax professionals.

A partner of UHY Hacker Young, Simon Newark, stated that HMRC has taken more aggressive steps this year as compared to last year to increase the its income. This has resulted in increased number of SMEs facing probes over their VAT matters.

He further added that unluckily the laws and regulations are also in favor of HMRC and once they make a decision, its legitimacy becomes irrelevant. Unless the taxpayer contests it, the decision is fully enforced. Moreover, it is not financially feasible for most small businesses to challenge the demands of HMRC and they rather think that it is easier to pay HMRC, believing that the decision is wrong. Even some of the small businesses think that they are being treated as second-class citizens.