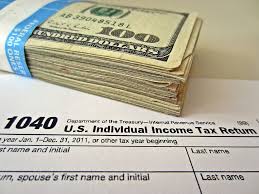 A father and son were penalized in Los Angeles. They carried out the business of tax preparation and they worked together with their clients to set-up secret foreign bank accounts in order to cheat the Internal Revenue Service (IRS).

According to a representative of prosecutors, Thom Mrozek, a federal jury placed guilt on the father and his son last Friday. The father named David Kalai was the founder and the ex-Chief Executive Officer (CEO) of the company “United Revenue Service” and his son Naday was the company’s president.

The convicted father and son are among those advisers and lawyers, 38 in total, who have been charged for using foreign bank accounts to assist the taxpayers of the United States in manipulating their taxes. Most of the 38 accused advisers are located in Switzerland where 25 still have to respond to the alleged charges before the court.

It was said by the U.S. that the Kalais had created bank accounts through the offices of two Israeli banks ‘Bank Hapoallm Ltd’ and ‘Bank Leumi Le-Israel Ltd’ in Luxembourg. The third man, David Almog, who was accused with the father and the son was a fugitive.

The father and the son were indicted to be involved in establishing the overseas companies in Belize and acting in the names of the holders of the undeclared bank accounts.

The father and son were accused of due to their collusion scheme and also because they failed to file the Financial Accounts, FBARs and Reports of Foreign Banks.

The Kalais will be sentenced on March 16.