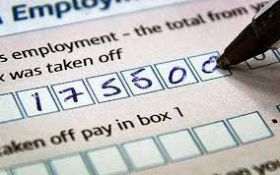 The National Society of Accountants (NSA) conducted a survey which indicates that average tax return preparation fees will be increased in the following year up to $273. This is an increase of 11% from a couple of years ago and 4.6% increase from last year.

The executive vice president at NSA, John Ams said that it is considerable when an average taxpayer completes a tax return in five hours. Tax code is becoming more complicated year by year along with addition of some reporting requirements of Affordable Care Act. In addition, the tax preparers can discover tax reliefs for their clients which they themselves could not identify.

To collect information about the tax return preparation fees, the NSA surveyed accounting and tax firms and their principals, owners and partners having experience of above 27 years on average.

The normal fees to prepare additional tax forms of IRS are reported by the NSA survey as:

The average fees for preparing state return and Schedule A with Form 1040 differs from state to state, as below:

The survey identified that most of the firms provide free consultancy to their prospective clients which could worth above hourly fees of tax consultants.

The fee structure is based on the assumption that taxpayers are having all the information necessary and that they provide the preparer with the information in time so that extra charges can be avoided.