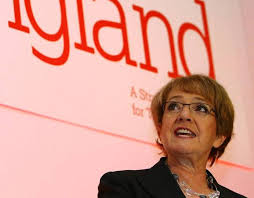 In the first hearing of this year, HMRC was told by Margaret Hodge (the chairperson of the Public Accounts Committee) that the system of tax relief requires more detailed accountability.

The framework of HMRC and Treasury lacks the sufficient guidance for administrating the tax relief issue which annually costs around £100 billion to the public (estimated by government) as reported by a National Audit Office (NAO) in November.

Some reliefs are to make sure the accurate profits’ calculation and other reliefs (often referred to as ‘tax expenditures’) are intended to promote a certain behavior to the economic or social policy objective.

Hodge said that treasury decides whether to introduce a tax relief and it costs a lot (over $100 billion) which is not accounted for properly. He added that some tax reliefs are designed for particular objectives, like

He further added that as a country we are giving money as grant on one hand and as a tax relief on the other hand. Currently the budget is accountable and the tax relief is not, whereas both of these should be made accountable together.

The National Audit Office report discovered that HMRC and Treasury have been unsuccessful in identifying which tax reliefs are aimed at changing the behavior to meet the policy objectives. In addition, they do not observe or report on the benefits and costs of tax reliefs. Resultantly, the public and the government cannot hold them accountable.

In 2006-07, HMRC discovered a huge manipulation of share loss relief but did not monitored the total amount of claims that year or years afterwards to observe any other unexplained surges. In the period 2006-07, the share loss relief claims increased to £1.3 billion from £385million. 80% of those claims are being investigated by the HMRC.

Lin Homer, the chief executive of HMRC admitted that they should be responsible for monitoring these things and it is entirely acceptable if HMRC is asked about whether it has implemented the policies in an effective and efficient manner.