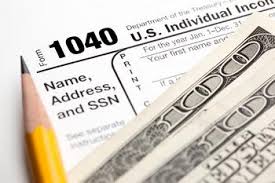 Nick Clegg, the party leader, has pledged that the tax rates should have been increased by the liberal democrats, for the taxpayers who earn higher incomes.

The plan aiming to cut the tax deficit will include a combination of the components such as: increasing the significant additional Whitehall savings and cutting down the tax avoidance and the tax evasion schemes, as explained by the Deputy Prime-Minister while talking on the Andrew Marr Show on the BBC.

The tax rates should have been increased for the richer taxpayers in the country and there is a need of some further savings to be made as well but not just about exactly the impossible scale, discussed by the Conservative Democrats in the welfare budget.

In order to facilitate funding the schemes of providing friendly tax benefits to the middle class families, he has intention to present a chain of measures as a proposal which has been designed to generate funds up to USD 300 billion i.e. £ 197 billion.

Included in the Obama’s plan was increasing the higher tax rate on the capital gains from 23.8% up to 28% while closing the loophole which allowed the inheritors to evade from paying at the full tax rate.

Meanwhile, the largest US based finance firms, having assets of above USD 50billion, will be facing new fees. But it is expected that this new policy would vigorously be opposed because the congress is totally riven on the fiscal policy.