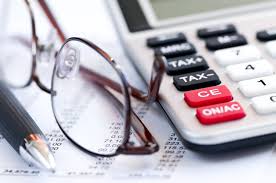 A mother and son, Madie Langley and Darin Langley, are now facing the consequences of fraud for their tax preparation work.

The Department of Revenue of Louisiana declared that the tax preparers, mother and son, have been busted for computer fraud and maintaining and filing falsified public records. They operated a tax preparation business with the name of Matrix Computers and Tax Services.

It was accused that they were involved in submitting tax returns which contained fake businesses and bogus losses information whereas the clients were not having any businesses or suffered any business losses.

The Attorney General of the state and the Revenue Department indicated that the next target of their anti-fraud-tax scheme is the usage of bogus business losses techniques. Since the start of the anti-tax-fraud initiative in March 2013, 36 arrests have already been resulted from it.

Buddy Caldwell, the Attorney General mentioned that their dedication of facing the tax fraud cases is signified by their alliance with the Louisiana Department of Revenue. The professionals who prepared falsified income tax returns would definitely be held answerable as this was not such an offence which does not victimize.