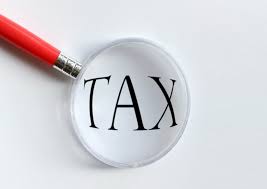 It was proposed by the President Obama to charge tax on the college savings account’s earnings few days ago. The president has dropped the idea after receiving criticism for it.

An official of White-House stated that this issue became diversion from the President’s tax plan for education.

Republicans criticized the proposal and stated that it increases the burden for middle class section.

The proposal was being defended by the administration until few days back. The proposal charges tax on withdrawals from savings plan under tax code’s section 529 of United States. The proposal, if implemented, would have applied to fresh contributions.

The Obama’s Economic Advisers Council’s chairman, Jason Furman, expressed that the existing section 529 very much favors the upper class. Researchers have shown that the current section has been unsuccessful in meeting its objective of bringing the people to college who could not have joined college otherwise.

Furman added that the administration was targeting to raise $50bn for expanding educational tax breaks by using the proposal while current section has only raised $1bn over the last 10yrs.

The newly suggested tax credits would not be available to the people earning above $180,000 while there are no income restrictions in the 529 plans.

The average income of people (families with 529 plans) was $142,400 in 2012 as shown by study of Government Accountability Office.

As per Investment Company Institute there were 12 million 529 accounts as at June 2014 as compared to 8 million in 2005.

The wealthy people would be most burdened by the tax scheme announced by White House this month and the presence of 529 plans focused on the tax break and not other parts of the proposal of President.

Obama proposed to impose higher fees on big financial institutions and charging more tax on appreciated assets at death by increasing capital gain tax rate from 23.8% to 28%. It is estimated that $320bn would be raised through these plans over 10yrs.

Apart from 529 plan, the elimination of the flexible spending accounts was also proposed by the administration through which the parents used to keep the tax free money aside.