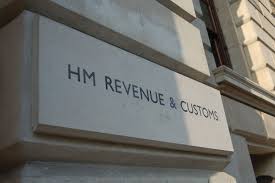 The Office of Tax Simplification (OTS) stated that HMRC (HM Revenue and Custom) needs to bear more responsibility for administrating the partnerships’ taxation.

In its 3rd and last report on this issue, the OTS stated that a working group should be established for the purpose of discussing and analyzing the taxation of partnerships and a head of partnerships should be appointed by the department.

Comprising 10 percent of businesses in United Kingdom, partnerships are such a structure of business in which the liabilities and control are shared among 2 or more persons. Several large partnership firms including law and accounting firms operate in form of Limited Liability Partnerships (LLPs).

In spite of the serious concerns of the advisers, some controversial tax rules for Limited Liability Partnerships were introduced last year. The Treasury and the HMRC were worried that the structure of LLP permitted ‘disguised employment’ to take place through which persons who are apparently partners in fact receive fixed income while having little decision making authority. The main concern of the government was that these organized arrangements lead to the tax inconsistencies comprising less tax payments.

John Whiting, the director of OTS said that the partnerships should be encouraged and supported because these are valued business structures.

He added that although improvement has been made since the last report but still more steps could be taken to simplify tax system and make it easier for the partnership businesses.

Additionally, the OTS suggested the introduction of ‘comprehensive and clear guidance’ for these businesses when they get registered with HMRC. It is also suggested to allow partners to claim their allowed incurred expenses against their profit share. Improvements should be made to assist partnerships with international operations. Further clear guidelines should be introduced for addressing the group relief involving LLP structures. It was also suggested to develop a modified HMRC practice statement to address entrepreneurial relief issues and partnership capital gains.