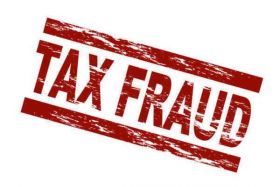 It was admitted by the accused persons as per the accusation which resulted in banning them that they were involved in preparing tax returns for the clients containing overstated, improper or false business expense deductions. Resultantly, the taxpayers filed wrong tax returns which unlawfully contained less income and hence decreased tax liabilities.

The defendants are required to deliver the list of all the clients for whom they had prepared tax returns for the tax years from 2009 to 2014 to the U.S.

Los Angeles: David and NadayKalai, father and son, owners of a tax preparation business ‘United Revenue Service’ having 12 offices all over the U.S., have been enacted conviction for defrauding Internal Revenue Service (IRS) and knowingly failing to submit a FBAR.

The second accusation proved that the accused persons were involved in preparing unlawful and wrong income tax returns for their clients which concealed their offshore bank accounts and the incomes from those accounts. In an attempt to hide the clients’ income and assets from IRS, the Kalais’ opened foreign bank accounts for their clients in two Israeli banks which have worldwide presence.

The conspirators created foreign companies and acted in the names of secret account holders, helped to transfer the clients’ money to those accounts and then prepared wrong tax returns which wrongly showed the funds transferred outside as business expense or investment loss.

Offshore bank accounts were not disclosed by the conspirators and their clients failed to file a FBAR.

It is proven that the father and son were failed to disclose the foreign accounts in Israeli bank for the years 2008-2009.

They will be sentenced on March 16.

Shelton, Conn.: Bellarmin Namegabe, who ran a tax preparation business, has been convicted of falsifying the income tax returns. Without clients’ consent, he attempted to report false credits, deductions and expenses in several tax returns.

Namegabe can be imprisoned for three years on account of preparing and filing falsified tax returns.

For the returns prepared in the period from 2007-2011 for the individuals who were interviewed under a probe of IRS, Namegabe agreed to pay the tax losses, interests and the charges. It became $240,196 on account of tax lost. Further, he will be sentenced on Feb. 26.