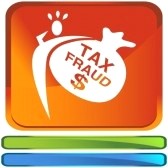 Bastrop, La.: The fraudulent income tax return filing using falsified information and stolen identifications resulted a tax preparer,Claudia Marie Mays, in imprisoning her up to a period of 3 years and a quarter i.e. 39 months.

She was indicted for concealing the identifications, preparing and submitting 15 falsified returns in the period January-April 2011 and wire frauds. She has received 3 years of supervised release and has been fined $94,043.15 in compensation.

Her partner, Carla Inzina, also had helped Mays in submitting a falsified return by using personal information of another person without his consent. For this crime, Inzina was imprisoned for 3 years.

Joliet, lll.: The tax preparer Jeffery Shelby Jr. has been accused of causing a loss of $5,350,243 to the government due to submitting lots of false tax returns on behalf of clients.

For helping in two crimes of preparation and submission of tax returns, Shelby has been fined $500,000 and imprisoned for three years.

Shelby ran a company named “Shelby Investment LLC” during the period 2009-2012. He has confessed for filing false tax returns for his clients while manipulating the income and expenses.

Shelby over-exaggerated the charitable donations of the clients and overstated the eligibility of taxpayers to receive refunds consisting of EITC and educational reliefs.

He has been ordered to compensate in full, further sentencing is not yet decided.

Anchorage, Alaska: According to publicized reports, the tax preparer Pepe Anetipa is accused of using clients’ information and preparing fake and falsified tax refunds. This resulted in a loss of $200,000 to the government.

She moved in 2011 from American Samoa to Anchorage and gained license for the business named “Triple H Tax and Services”. The taxpayers earning their yearly incomes from American Samoa are allowed not to submit their returns. Anetipa falsely filed the information of taxpayers and received $202,859 refunds.

She will face five year imprisonment at maximum for every crime in case of conviction.

Greensboro, N.C.: The ex-preparer of tax returns is indicted of tax frauds, stolen IDs and wire frauds and then imprisoned for 25 months along with 3 years of supervised release.

The accusee naming Keith Dillard is subject to an order to bear $29,228 fine along with $300 special assessment for getting Nothing But Taxes involved in the scheme.

It is reported by the authorities that NBT staff often provided greater tax credits to their clients in replacement of cash payments.
Share:
Source: ReadyRatios