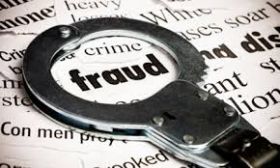 New York: Awilda Rosario owned and ran the tax preparation business Eduias Multi services Corporation based in Brooklyn. The accusation indicts that she was involved in preparing falsified income tax returns for individuals on behalf of her clients for the years from 2008 to 2013 and false schedules were alleged to be attached reporting fictitious business losses and overstated deductions. Additionally she submitted some forms which claimed fake fuel and education tax benefits to which the taxpayers were not entitled.

Rosario is further accused of obtaining at least two e-file provider numbers, listing some other preparer and preparer firm to hide her participation and continually preparing and filing the wrong returns for her clients after the IRS cancelled her business’ e-filing number.

In case of conviction, she would be fined up to $250,000 per count and imprisoned for three years at max.

Alxandria, Va.: An Alford plea has been filed against a tax preparer, Dorothy Anne Beach, for the offenses of filing false tax returns, money laundering, felony ID theft and racketeering. An Alford plea means that offences aren’t admitted but evidences are sufficient enough to convict.

It is alleged by the authorities that Beach was involved in using other’ identities and information in filing falsified tax returns and receiving fake refunds. According to an estimate, as part of a scheme including above 50 false tax returns submitted from 2008 to 2013, Beach received around $250,000 of state’s funds and $750,000 of federal funds.

Beach will be sentenced in January. The suggested sentence will be two year imprisonment and 29 years of suspension.

Pepper Pike, Ohio: Ghana Johnson has been accused of claiming fake refunds amounting to $476,000 under an ID-theft scheme.

The indictment indicates that Johnson claimed refunds amounting to $476,503 through e-filing more than 100 false tax returns for the years 2010 and 2011. Johnson further asked the refunds to be directly deposited to the prepaid debit cards.

The accusation added that she used theft identities to file the false tax returns. Further, she didn’t disclose herself as a tax preparer on the false returns she submitted.

The indictment further added that she manipulated exemptions, tax credit information, wages and others.