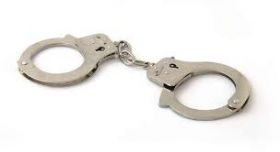 Louisiana authorities disclose that, among other imprisoned fraudsters, an Orleans woman named as Thelma Jean Lee has been imposed multiple criminal charges for the offence of falsely submitting income tax returns for individuals with the names of unsuspicious people.

In actual, most of the persons named in the tax returns were imprisoned locally and nationally at the time of filing the state income tax returns.

Through the suspected fraud, the lady had transferred the unlawfully gained Louisiana income tax refunds of amount $11,266 to her accounts, according to the banking records.

On 38 counts of offences comprising the thefts of identifications, the monetary funds’ unlawful transmission and maintaining and/or filing public records, Thelma Jean Lee was arrested and put behind the bars on Wednesday. Under the combined anti-tax-fraud scheme of the Attorney General’s office and Louisiana Revenue Department, Jean Lee is the number 37 person to be arrested for the tax frauds.