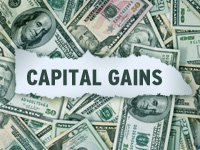 ‘Wall Street Journal’ reports that although the funds underperformed last year but the investors are going to bear higher taxes in 2015 as several mutual funds have resulted in capital gains. These investments are no more lossmaking as to allocate against the capital gains resulted from their sale. A principal at Vanguard Group, Dan Newhall, declares that it is indicated from the distributions that the exchange-traded funds and the index funds are usually more tax efficient than the activity managed funds.

‘The Motley Fool’ says that the tax refunds received by the taxpayers should not be spent on shopping rather they are advised to deposit their money in their IRA and retirement accounts. They can also use their tax refunds in contributing to a tax-advantaged account for the education of their children. Another wise option to spend their refunds is making home improvements.

According to ‘The Los Angeles Times’, it is advisable for a retired person to consider the tax related matters in case of selling a house. There may result high capital gain taxes from the sale to be paid by them whereas her inheritors might face a tax base equal to the value of the house at the time she dies.