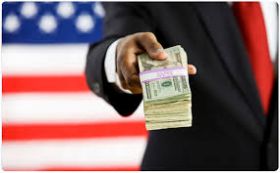 The availability of Code Sec. 36 B was endorsed by King V.Burwell in the recent decision of the Supreme Court. This concerns the credits refundable for premiums paid in purchased health insurance with regard to Federal Exchanges. This way, the decision helps in preserving the instant viability of Federal Exchanges. Support of the required mechanisms which make the continuous imposition of feasibility of the individual mandate is also realized. Small businesses together with their employees are also helped indirectly to cope with the rising cost of health care even if they have their own traps.

It is through a structure of incremental penalty where the individual’s mandate will be accomplished. The penalty amount is in general greater than a dollar or a certain percentage of the income of the tax payer. Even then, it should not exceed the average annual premium which the tax payer would incur for health insurance.

The amount of flat dollar and the percentage applicable which computes the individual mandate are phased in 2014 all through to 2016. Inflation is adjusted for in every year.

If one is penalized, making the payment of the individual mandate will be done through the return of the tax payer but for its collection, the Internal Revenue Service may not use levies, liens or criminal prosecutions.

Generally, these plans are not affected by the reform in health care. It can be a health insurance cover and alternatively, a group health plan where a person was enrolled on 23rd March 2010. The family members of the individual that was covered may generally proceed in enrolling with the grand fathered plan and new employees can also be enrolled by the grandfather plan of the employer.