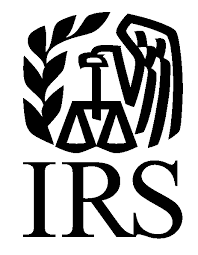 In a new report by the government, the IRS has been scaling down its activities and through its flexibility in budgeting, it has absorbed funding cuts. Emanating from the accountability office in government, the report pointed that the budget of IRS went down to $ 11.3 billion in year 2014 from $ 12.1 billion in year 2010. This was a 7 % reduction. There was a further decline of $ 346 of the IRS budget from year 2014 to 2015.

By using some of its budgeting flexibility, the IRS absorbed the reductions in budget through the user fee revenue allocation that comprised of 3.4 % of the budget. Moreover, in a bid to increase coordination of budget decisions, a new committee and office were formed by IRS for purposes of executive decisions and budget formulation.

In order to absorb cuts in budgets, the Human Capital Office of IRS, Chief Counsel Office and the Division of self- employed made a16-30 % reduction on staff. Officials also confirmed that programs that were legally acquired like tax litigations were prioritized and other services or programs reduced. This includes restrictive investigations, rescheduling of acquisition of soft wares and occasioning delay to reinvestigations of about 24,000 workers.

Some of these back activities that are scaled up possibly reduce the effectiveness of the program or even heighten risk to IRS as well as the federal government. The Obama administration has made a request of $ 12.9 billion in IRS appropriations for the year 2016 fiscal year. This request is close to $ 2 billion or 18 % more than year 2015 fiscal appropriation.

Declining the services of Taxpayers

Nina Elson the advocate of National Tax payers announced the mid- year report to the Congress and asked to decrease dramatically in the IRS tax payers service even as the agency struggled in absorbing the impact of budget reduction .

IRS accepted to answer only 17 % of tax -payers calls who called after they were notified of the block made to their tax returns through the Taxpayer Protection Program after they were suspected of false identity and the number of times held was an average of twenty eight minutes. During the season of filing in three successive weeks, IRS answered less than 10 % of such calls.