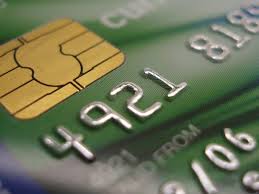 The following are the two fraud cases that have been witnessed lately:

Ranti Azeez-Taiwo together with his business of tax preparation has been permanently banned from filing federal returns on behalf of others. According to the civil complaint lodged against the former preparer and Lot Associates Inc, his business, it is alleged that the accused has been preparing federal income tax returns for customers who understate tax liability through inflated or fabricated deductions that are itemized. This is especially done on deductions that are charitable and also business expense deductions that fail to be reimbursed. The same treatment is also done on business expenses for sole traders.

The complainant stated that a secret IRS agent gave Azeez Taiwo financial information that should have shown a tax due of $ 500. On the contrary, the accused prepared a return showing $ 500 as a refund that needs to be claimed. In addition, the suit states that in the month of January 2013, Azeez had been arraigned in court charged with thirty counts of making 2006-2010 federal tax returns that were false. Consequently, he had been convicted on various counts and later sentenced to eighteen months in prison in March 2014.

As per published reports, Richard Williams, a tax preparer is now facing 3 years imprisonment and for another year he will be released and put under supervision. A court order dictates that he compensates IRS with $ 60,594 as restitution due to February’s conviction of 20 counts of tax fraud.

Williams was found guilty by a judge in February after he had submitted falsified personal returns and seventeen counts of helping to prepare and file returns that were untrue. This had emanated from returns that William had filed in 2004-2007. Here he had claimed untrue business losses and expenses for others and himself.

Reports show that the same false claims were made to other eight clients forming suspected organizations under their names. This showed untrue business expenses and claimed net losses.