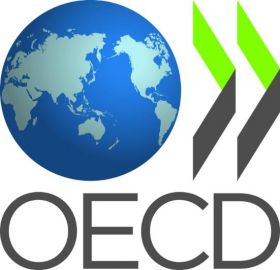 In a meeting held in Turkey during the week, World leaders threw their weight behind some tax reforms for international companies which endorsed Profit Shifting and the Base Erosion for the Organization for Economic Cooperation and Development plan of action.

In a bid to discourage corporations from transferring their profits to countries of low-tax through such strategies as transfer pricing, the plan was finalized by OECD. The declaration of the G20 leaders held that in order to attain an international fair and modernized international system of tax, the package of measures developed under the ambition is endorsed. For the project’s effectiveness, it will be critical to have a consistent and widespread implementation particularly with regard to information exchange on tax ruling across borders. Therefore, we urge strong timely implementation of the project and encourage every jurisdiction and country even the ones developing to participate.

In monitoring the BEPS project globally, G20 called on OECD to build a framework by next year which will involve the interested non-20 jurisdictions and countries that commit in the implementation of the BEPS project even the developing economies equally. Efforts of the International Monetary Fund, United Nations, World Bank Group and OECD were welcomed by G20 in their bid to offer technical assistance to the developing economies in handling challenges in mobilization.

G20 acknowledged that the concerned non-G20 developing countries implementation timing may not be the same from other countries and hope that the OECD and other international organizations ensure that their situations are addressed appropriately in the framework. They added that they are progressing towards improving the tax system transparency and they also reaffirm the previous commitments regarding information exchanges on request and automatic information exchange of information by 2017 or 2018. G20 invited other jurisdictions to come join in and they claimed to support the efforts for improving developing economies and engagements of the international agenda.