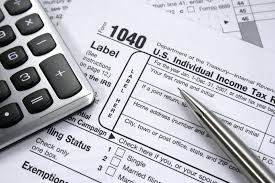 In 1989, Edgar L. Feige proposed a synthesis and extension of the ideas of Keynes and Tobin by proposing a flat rate tax on all transactions. The total volume of all transactions undertaken in an economy represents the broadest possible tax base and therefore, requires the lowest flat rate to raise any requisite amount of revenue. This would help them in automated recording of tax deducted and paid for the year.

Accounting of Tax transaction is a bit complex process which substantially manipulates the Net profit. ERP’s are dependent upon information put up by accountants. Authorities give opportunities to companies to follow Transaction tax and voluntary tax compliance scheme in order to line up accounting taxation system. But there are number of limitation on Tax recording and collection system, lack of confidence on obsolete tax machinery, ever increasing fiscal deficit, undocumented economy and general public behavior became driver for introduction of this transaction tax system. Despite tall claims regarding tax net and reforms or use of technology, authorities failed to bring targeted tax payers in tax net, meet desired tax collection and manipulation in recording of tax transaction and provision for the year on company’s profit.